This is currently in very early development.

The game is about an explorer/bounty-hunter that goes into dangerous quests inside ancient temples and haunted ruins searching for treasure (and maybe something more).

It will feature a replayable mission-based system similar to Warframe, where you the player departs from a hub world to explore dungeons and could find NPCs on these quests that need help or rescue. If the player manages to provide what they ask and survive to get back to the hub, they will find these new friends established there.
These unlocked NPCs  will ask you to go on new adventures for them, looking for items, rescuing people or defeating monsters and advancing on their questlines will unlock new dungeon tilesets, with new themes, mechanics, enemies and items.

It's intended to emulate the traditional (pre-BotW) 3D Zelda experience regarding dungeons and puzzles, but with a slightly more demanding stamina-based combat aka: soulslike.

The differential is the procedurally generated configuration of dungeons, monsters, items and "gimmicks" you can encounter.

Dungeons behave like a big puzzle the player has to solve in order to progress, with macro-puzzle pieces being the overall progression (ex: access to areas) and the moment-to-moment navigation and combat being each a micro piece of the bigger puzzles.  Encounters vary between explicit combat, where enemies directly challenge the player in their  knowledge of melee, ranged and item mechanics, and bigger puzzle-bosses where the whole arena and its props or inhabitants need to be used to win.

Equipment in this game doesn't go through a linear power progression where an end game piece is objectively better than one you start with. Instead, they change your timings, animations, behavior and DPS to better fit different playstyles (ex: daggers being fast but having less reach, while great weapons deal more damage but weight more).  Enemies can also spawn the same equipment the player uses, with the same mechanics and even gimmicks, making each encounter unique.

Gimmicks are special effects and attributes items can spawn with, ranging from simple life-stealing and elementals to more complex behaviors like automatically countering attacks from behind or never missing an aerial shot.
Any item generated could could come with any gimmick in the game, but some items have a slightier higher chance of having specific ones (Signature Gimmicks) like Spiked Shields commonly spawning with a reflect-damage gimmick.   Gimmicks' effects are never explicitly told in the item description the first time you encounter them, but can be identified by an NPC back at the hub if you manage to get back.

Through the generated  dungeons, players will encounter sets of themes that align the puzzles and challenges within certain tilesets (a dungeon entirely based on using moonlight to reveal illusions or with enemies that die and revive based on certain interactions), but each run will shuffle encounters, items, puzzles, solutions and rewards around to create a replayable experience that encourages exploration, experimentation with different items and playstyles, as well as farming for specific items and/or specific gimmicks. 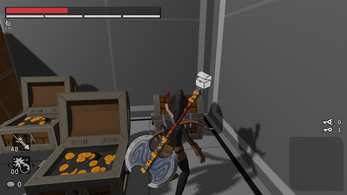 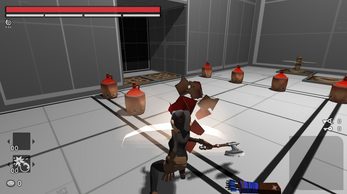 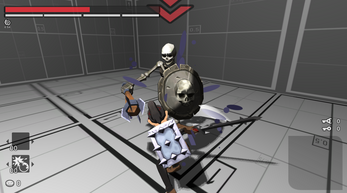 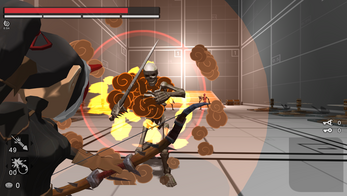 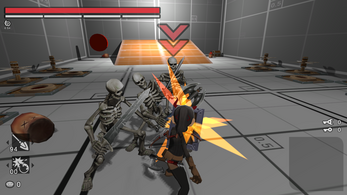 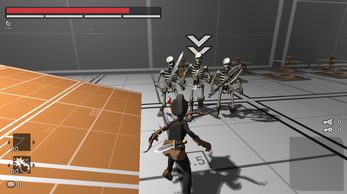 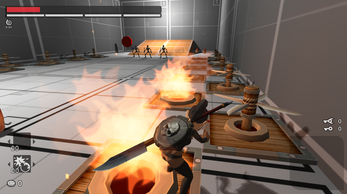 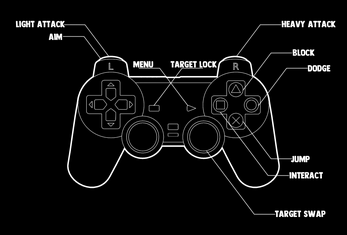